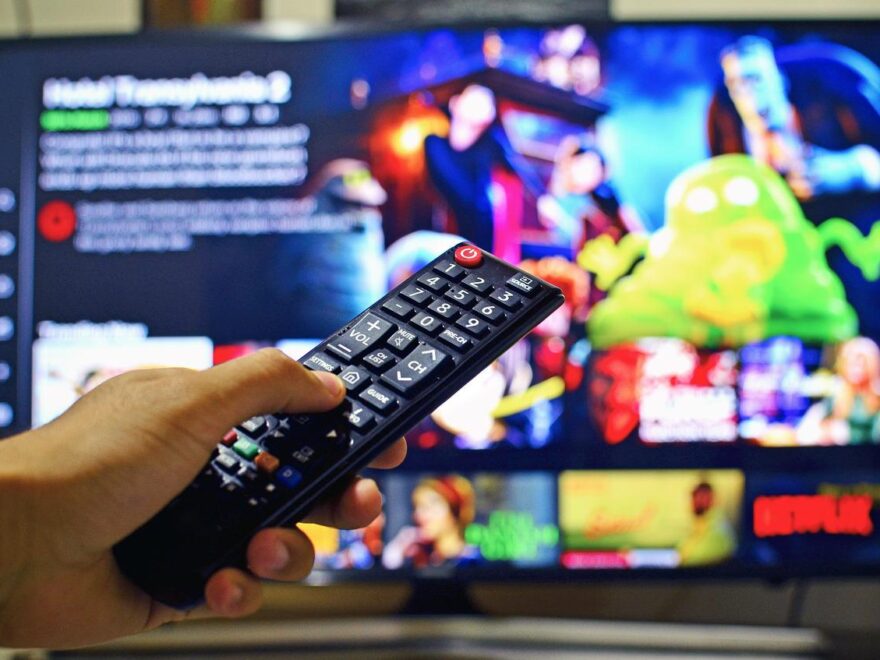 The latest sensation for online casinos and gambling sites is live dealer game shows. Live game shows are more than just traditional RNG flash games. Instead, they are live games with authentic hosts, dealers, and other players to create everything you expect and experience offline, only online.

For starters, you can enjoy the excitement and buzz of being on a TV-style game show without ever leaving the comfort of your living room. It’s possible to play branded TV shows online and delve into plenty of new games – which we’ll explore below.

Another huge factor on why live game shows is so popular is because they offer something unique over traditional styled games and are simple to follow and easy to play. Live game shows require little skill or advanced betting strategies that some other games require, such as Blackjack and Roulette. Live game shows are simply about fun and entertainment and the luck of the draw.

Like all other forms of real-money casino gambling in the UK, casino-based live game shows are fully regulated and monitored by the UK Gambling Commission. Live game show games that you see at UKGC licensed online casino venues each operate within their strict licensing obligations and are each third-party tested to ensure fair and random outcomes, so are entirely safe and legit to play. If you’re new to this type of game or wish to learn about the most popular UK live game shows, check out the top list below:

Cash or Crash is a newer game to hit the market from Evolution. Cash or Crash is an exciting ball drawing game where just one bet could see you land huge potential winnings. The game is set in a realistic studio environment with an augmented reality backdrop that heightens the immersive experience. How this game works is straightforward.

Every green ball drawn will send you higher up the leader board, whereas a red ball will send you crashing back to earth. However, if you land a gold ball, it’ll protect against the next red ball that’s drawn to help you climb up to bigger wins. If successful and you manage to climb to the top of the paytable, you can win up to a whopping 18,000x. If you draw the gold ball here, then the max prize is s huge 50,000x your stake.

Perhaps the most simplistic of all live game shows, but one that’s the most colourful and entertaining. Crazy Time was one of Evolution’s first game show games, released after the ground-breaking ‘Dreamcatcher’. Crazy Time is set in a big, colourful studio that features a main money wheel (much like a “Wheel of Fortune” style wheel) with a “Top Slot” above the money wheel and four exciting bonus games: Cash Hunt, Pachinko, Coin Flip and Crazy Time.

Crazy Time is packed full of bonus games and multipliers, with the gameplay revolving around the main game and the four bonus games. It’s easy to play, too. Players can place their bets on numbers 1, 2, 5 or 10 and/or the bonus games and spin the wheel to see where it lands. In two of the bonus games, players will get the opportunity change prizes so that they’re not always the same.

Deal or No Deal

Deal or No Deal is an iconic TV show that started with Noel Edmonds presenting the show in the early noughties. Deal or No Deal Live is also now a multi-layered live game that’s available around the clock and is much like the TV show. At certain online casinos, you will be able to play various Deal or No Deal games, including Deal or No Deal Slingo and the main slot of the same name. Evolution is once again the pioneers of the live version of the game, thanks to an exclusive partnership with the Endemol Shine Group.

Players can get started by spinning a three-reel bank vault through the RNG-based qualifying round. Each spin will set the amount of money in the biggest prize briefcase by 75x-500x. Once the player has qualified, they will enter the prize top-up round in where random multipliers between 5x- 50x will increase the prize money in one or more of the 16 briefcases.

After each set of briefcases is opened, the mysterious entity known as “the Banker” will offer a cash amount in exchange for what might be contained in the contestant’s briefcase. This will, of course, prompt the infamous line from the host: “Deal or No Deal?”

Another game from Evolution, Lightning Dice is an entirely unique, first-of-its-kind game. Lighting Dice has a huge appeal to casino table players and those who enjoy online slots and bingo. As you would imagine from its name, the game has a heavy “lightning” theme which adds plenty of drama to the gameplay. The game itself is simple to play: three standard dice are dropped into a ‘Lightning Tower’ by the host of the game. Before the drop, players need to bet on the total of the three dice by placing bets on the betting grid – it’s that simple!

The live game shows above are just a snippet of the many game show games available from a collection of premium game providers. To get started, ensure you only join and play at safe, regulated UKGC casinos that offer fast cash outs, fair casino offers such as no wagering bonuses, and high value live casino offers. The best casinos will provide the whole suite so that there are plenty of choices too.